June Athlete of the Month - ONE YEAR DOWN MANY MORE TO COME!!! 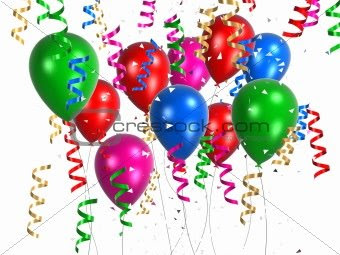 Hard to believe that it has been a year already and I continue to go strong with showcasing as many survivors from blood clots as I possibly can. There are many many many more to go I know that so as long as I can find them and bugged them to be featured I will not stop.

I am honored and humbled to have this opportunity every month and I very much look forward to continue meeting as many survivors as I can because you out there provide all the inspiration that I need to do what I do and to get others to do what they hope and dream about.
So, many thanks to all who have been willing and thank you in advance to all who will be featured in the future.
On this edition of the Athlete of the Month I am very pleased to introduce to you Mr. JIM FENTON. I've had the chance to be in touch with Mr. Fenton for some time now as one of the first to ever purchase the now available Clot Buster Technical Shirt. It was a pleasure to meet Jim down in Virginia at the Shamrock Marathon where he was supporting his wife as she walked the half-marathon the same day I raced.
Please read on and be inspired by Jim's story and never ever give up on the things you want to do!
My sport and how I got started are directly linked. I lost my father and grandfather to blood related cancers when I was a young boy. In 2005 I became aware of the Leukemia and Lymphoma Societies Team in Training and got involved. I became an endurance athlete and began raising money to fight blood related cancers. After not being able to run even 3 miles in May of 2005 I ran the Chicago Marathon in October of that year. I was hooked, there is nothing like being cheered on by a true HERO, a cancer survivor, as you run a race. Since then I have run the 2006 Country Music Marathon, rode the 2007 Fletcher Flyer Century ride, and completed the 2008 Wilmington YMCA triathlon, all with TNT all to fight blood cancer. 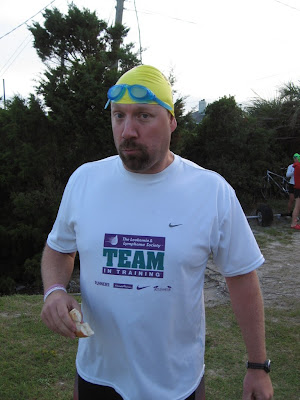 My personal troubles began after the century ride in late May of 2007, a week after the ride my family and I took a trip to Ohio. Eight hours in a car with only one break and we repeated this 3 days later. The following weekend I began having troubles breathing and had a sharp pain in my back every time I took a deep breath. I could not sleep so I went to the doctor. I was diagnosed with chest wall pain, give Vicoden to sleep and sent on my way. The following week I began to run again, and it was horrible, I could not catch my breath and my legs hurt, specifically my left leg. I felt there was something not right, I was in great shape I just rode 100 miles. So I took a couple of days off and tried again, same thing happen, but this time two large welds developed on my left leg. By noon the next day I could barely walk the welts on my enter thigh and calf just below my knee were killing me. So I went to the doctor again that afternoon. This time the doctor was suspicious and had me have an ultrasound on my leg. As you have already guessed the welts were subdural hematoma, the ultrasound also found a DVT behind my knee. I was immediately place on blood thinners and told to rest that evening and come back to the doctor the next morning.

The next morning I was sent for a CAT scan to further investigate the pain I had in my lungs the week before. The scan reveled I had 6 PE’s one of which was large enough to kill a golf ball part of my lung (a pulmonary infarct). I was placed on long term Coumadin therapy as we tried to determine why I got the clot. After many months and many tests the Hematologist in Greensboro were unable to determine a direct cause of my clot and I was referred to Dr. Stephan Moll at UNC hospitals in Chapel Hill. In late October of 2007 Dr Moll was able to determine that I have APLA (antiphospholipid antibody syndrome), which places me at a higher risk of having clots. In short, I had created the perfect storm, I was dehydrated from the ride, I took 2 long car rides with few breaks, and I have APLA which predisposes me to clots. 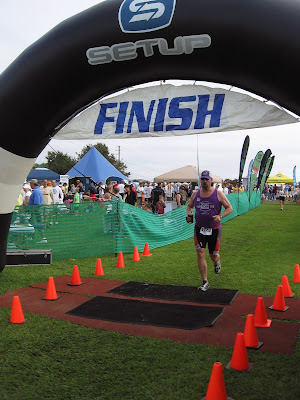 I was placed on long term Coumadin therapy and went back to living my life. I signed up for the Wilmington triathlon as soon as I was medically cleared and life was good. Getting back into training did a lot for my mental health. Even though the doctors say you are fine and the Coumadin will protect you mentally it is hard to get over because there are no symtoms leading up to your clot. Training helped me with that. Even with the training and the doctors monitoring my care I still went in for a check up the week before my triathlon to get the ok. I placed a lot on the triathlon as a benchmark to being healthy again and once I had completed it I was releaved beyond belief.

Then another set back, a week after my event I noticed a blind spot in my left eye. The cause of this was a blood vessel growing through my retina. I received a shot of Avastin to my eye and have recovered fully from the episode, but there is some debate on why my blood vessel did this. Some doctors believe it is a combination of the APLA and the Coumadin other doctors are not so sure. Evidently I am the only case of this in the world with my medical make up. Due to this issue I have ended my Coumadin therapy and have began a asprin regiment to combat my potinical for clotting. Of course staying thoroghly hydrated and taking regular breaks while driving long distances are high on my list as well. 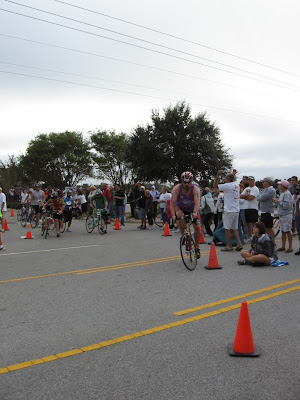 After all of this I feel healthy and am back doing what I want to do, endurance events to fight blood related cancers with Team in Training, oh and wearing a Polka Dotted jersey as well.

I have signed up for the Rock n Roll half marathon at Virgina Beach labor day weekend with TNT. I train 5days a week and throroghly enjoy being healthy and clot free. Saturdays are long run days for me and nothing tops off a long run better than Japanese steak and rice from Kyoto.

For anyone going through a clotting episode my advice would be “get as many smart doctors looking at your case as you can” I had a lot of people work with me to figure out what was going on and eventually we found out why this happened and what we could do to return to a high quality of life. Secondly I think the mental side of DVTs is harder than anyone can imagine. You don’t “feel sick” but you could have died, having good doctors and having a strong family and good friends to talk to was how I got through. I believe having groups like NATT will go a long way for people not to have to go through this alone in the future, DVT survivors are out there, just like me.
Jim THANK YOU for sharing you story that others can be inspired as well.
Thank you for reading,
The Clot Buster
Posted by Clot Buster at 6:37 PM

What an inspiring story!
Kathy