October Athlete of the Month

As many triathletes out there know October is the month of the IRONMAN World Championships in Kona, Hawaii. Probably the single most difficult one day event in the world.
For many of us Kona is nothing more than a very far away dream since you can only get there by qualifying or getting very lucky on the lottery (shhh don't tell Mrs. Clot Buster but I am applying for the lottery again this year)...
But the race in Kona is not the only Ironman race out there, there are plenty of other Ironman races across the country and every single finisher of those races has my outmost respect.
This month one of those finishers is also a clot survivor and the first one I know of who has taken the CLOT BUSTER POLKA-DOTS to STOP THE CLOT in an Ironman Race... Please meet KRISTOFFER PERRY.

Kristoffer raced IRONMAN COEUR d'ALENE this past June 27th which is a remarkable achievement and one that can serve as a splendid inspiration for all of us.
Please take some time and read Kristoffer's account of the race below, you are going to like it! 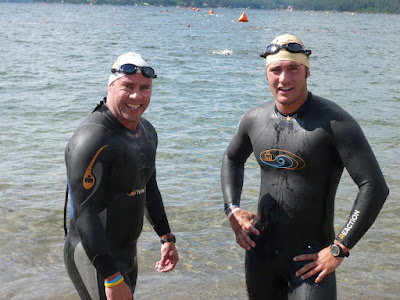 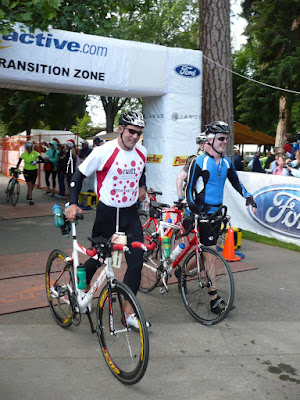 "The mass start of the swim went smooth, I had no feet to head combat like I had anticipated. I swam my first lap right on pace like I had wanted, and the second went by mentaly faster with no problems other than a slight leg cramp as I got out of the water on my way to start the bike.

I had a hard time getting settled in and getting a strong rythm on the bike. We had aid stations every ten miles, just as I left the first aid station at mile 12, I got the worst nose bleed. I was surely not going to turn around, so I just gritted my teeth and toughed it out until i reached the second aid station. At the aid station I got a piece of gauze that was big enough to stop the bleeding of a missing a leg so I rode the majority of the bike with this gaint piece of gauze hanging out of my nose. I got some very good pictures of me and the gauze on the bike. From mile 60 thru 90 was by far the hardest part of the whole race. I was trying to stay positve but it was very hard with the discomfort, nausea (so I didn't eat or drink for this time), and fitigue. I just kept pushing on the pedals and when I hit mile 91, I found a new strength reserve. Getting off the bike and putting on a pair of running shoes made me feel like a million bucks. I knew that there was no way that I could run the whole marathon so I decied to run two mintues and then walk two mintues repetitively. I did this in order to conserve my legs and to keep moving forward. I was walking at such a brisk pace that I was passing people who were jogging. For the first half of the marathon all was well until the rain. That started to make things cold, but lucky for me I had warm clothes in my special needs bag. The second half of the run was a little slower. I started to get nausea again and it was hard to walk longer than two mintues. When I started to feel better, my legs were so accustomed to the slower pace that they wouldn't turn over. I ended up walking the last 10 miles but i was able to run the last half mile until the finish of the race. 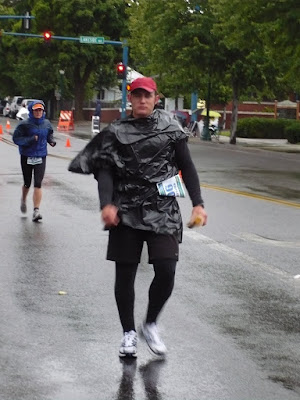 Finishing the Ironman was amazing. With the family waiting and cheering and all the spectaors cheering, it was the best sight to see after such a long day. Also, it was three years and only a few days since I learned that I had Factor V leiden and Protein S defiency, and made a comentment to stay active by starting to run. Some how I ended up at the finish line of the 2009 ford Ironman CD'A. So saying the finish was like dream come true is an understatement. It is more like realizing that anything is possible even if I have DVTs.

P.S. the Poka dots were with me all the way, however Due to weather the ended up under a lot of clothes."

Kristoffer THANK YOU 140.6 times for your willingness to share your story with us and providing us yet another example about how everything is possible even after a clotting incident and your diagnosis of a clotting disorder.
Keep it up my friend and I am sure some day I will race you in an Ironam Distance Event!
Thanks for Reading,
The Clot Buster
Posted by Clot Buster at 6:08 PM