Here is hoping that this year the CLOT BUSTER #STOPTHECLOT polka-dots get to go to many more races, tours, training sessions, race expo, etc so that we can continue to CELEBRATE BLOOD CLOT SURVIVORS and to SPREAD AWARENESS about blood clots that could save someone's life...

So in order to get the new year started with style please let me introduce you to a Clot Survivor that will inspire us all with his determination and grit to overcome the challenges of his own clotting incident.

Please allow me to introduce to you PAUL WEINBURGH and read his personal as he wrote it to me on an email correspondence we had last year...


"On June 8th , 2010 my life changed forever, fresh off winning the National Championship in the Firefighter Combat Challenge on October 31st, 2009, I was fortunate to be national sponsored by Alfa Aesar and Zoll Medical. I was fit, happy and my kids were happy. I was a full time Captain on the Fire Department and a single parent of a 19 and a 16 year old, life was good and crazy at the same time.


On June 8th, 2010 that all changed forever, while responding to an early morning call I fell about 15 Feet fracturing my Left leg and completely totaling my Left Knee. 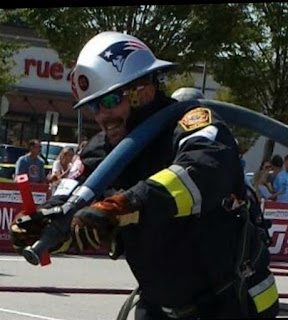 I had my First surgery in July to stabilize the leg and all went fine. Then a month later my world began to fall apart, my youngest brother Sean suddenly died of a heart attack at the age of 40, he died on August 4, 2010, I was injured and now me and my family were crushed with grief of this sudden loss.


Three weeks later I underwent my 2nd surgery and within a week started experiencing left sided calf pain. I followed up with my physician who sent me for a leg ultra sound which soon enough I would learn they are not a 100% accurate, it was negative.


On September 13, 2010 while doing physical rehab I suddenly became short of breath and diaphoretic, at the time I didn't think much of it but I had an appointment set up with my Orthopedic Surgeon that day so I'd ask him. 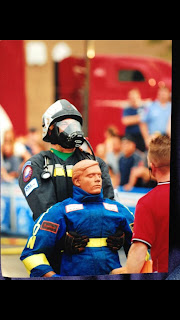 When I arrived apparently I didn't look so good so he immediately sent me in for a lung scan where they found many Pulmonary Embolism's in my right Lung with some of them causing permanent damage. I suddenly found myself the center of attraction in the Emergency Department on Oxygen, couple IV's Heparin drips Warfarin? Being a Paramedic for over 20 years I finally got what was happening and then the side effect of this trauma set in, the overwhelming feeling of doom, anxiety and oh shit I know what's happening. Although I respect doctors being honest and up front I wasn't prepared to hear that the PE I had is 80% fatal in most people and he felt because of my lifestyle of being fit and a non smoker was in my favor......I was in a state of shock.
After several weeks of being stabilized on Enoxaparin and Warfarin, I was ready to restart the battle to repair my leg.


Because of the extent of damage to my knee my current surgeon recommended a knee replacement, this to me seemed so final and basically an end of my physical activity to my extreme. 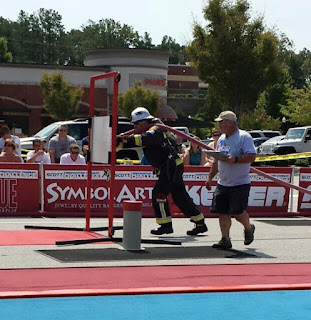 I've heard of an experimental surgery Autologous Chondrocyte Implantation "ACI" which is removing cartilage sending it to a lab and re growing it then three months later having the big surgery where they go in resurface all the bones with Bovine then inject the cartilage cells and pray for growth. The down fall of this surgery was my age "right at the limit" 45, 18 months of physical therapy 3 days a week and the inability to walk which ended up being a total of 18 months 24 months before my limp was resolved. So I said piece of cake lol, still better than a fake knee.


So the adventure started in March 2011 I had a Permanent IVC filter place in order to prevent clots because I needed to come off the Warfarin during the surgeries. In April I had the cartilage harvested threw a scope into my left leg. I then started back to rehab for 3 months awaiting the time for the implant surgery.... On July 11, 2011 I went in. After the surgery I was a mess non weight bearing for 4 months and unable to walk without assistance for a year.


In January 2012 I started back at gym slowly, they determined I had no clotting factor issues like factor 5 so three physicians said the following, first said stay on blood thinners, second said come off blood thinners and the third had mixed review. So I took door number 2 and came off the blood thinners and continued to work hard doing Crossfit and any activity I count find. 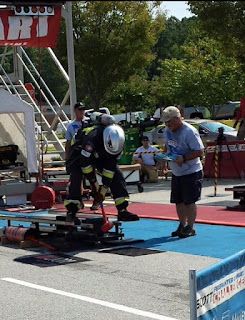 Life changing event number 2. In June 2012 was working in my back yard and had a sudden onset of severe back pain and weakness in my lower extremities, I thought being in the yard working I injured my back. I drove myself to the local hospital and apparently I didn't look so well and they took me right in. Within 30 minutes I was in a Paramedic ambulance on my way to Beth Israel Hospital in Boston on Heparin and many pain killers. Apparently my IVC filter was completely clogged. When I arrived at Beth Israel they informed me I had an 11 inch clot extending from my filter down into my renal and thoracic vein, which was causing the pain. They told me they have never seen such a large clot in a living person and I needed immediate surgery that included many risk.


The amazing thing was when I laid supine in the bed the filter slightly un blocked allowing blood flow. I don't know why but against medical advice I did not do the surgery and remained in the hospital for some time on blood thinners and pain killers, too this day I don't know why I didn't do the surgery "everyone was telling me to do it" When I left the hospital I could barley walk and I started on this long recovery again. It took a long time determination and yes psychological help which to me was the most difficult hurdle "the mental injury".


A year later I climbed Pikes Peak in CO and spread my brothers ashes again against doctors recommendation, but it's not who I am. I'm not disabled I'm a survivor. I don't pity myself I'm grateful for the opportunity to continue this great life and to spread the word to others like me...... 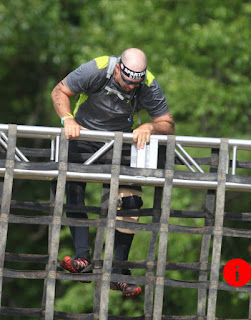 And now I run races both road and Spartan I do FF ironman events. I just love life more than I could ever imagine."
THANK YOU Paul for sharing your story.

You got back "Into action" in January of 2012 so I hope that in a small way we can celebrate with this post the start of the road of your recovery...

Without a question you did overcome a number of challenges more than I could ever imagine.  I am not sure how you were able to push on through.  Definitely an INSPIRING STORY from which all of us can take something.  I take away your determination and "Never Quit" attitude.  That truly is the flag that ALL Survivors have to get past their clotting incidents and return to a normal life.

I am looking forward to hear what other physical challenges you will overcome next! KEEP IT UP because you are an example many of us can follow.  We just need to get you in some CLOT BUSTER #StopTheClot polka-dots so that you can reach even more people!

Thank you so much Paul for sharing your story . It was very uplifting and just what I needed today. I was diagnosed with bilateral DVT 3 weeks ago from a surgery I had had on both feet. It is now setting in and starting to take it's toll on me physically and mentally. So thank you for sharing. It really helped.

I appreciate your information on the Blood clot. I wrote about this, too, recently. More specifically about the causes and cure to Blood clot.