These are the days in which I want to do nothing else but to be outside playing...

There is so much more to do than just sitting in an office.

Therefore don't mind me if I am never available for lunch during the summer months... I need the fresh air for sure.  Breakfast meetings can be a nice alternate option... Not sure how this will fly but you never know until you try...

How about trying to overcome the challenges caused by blood clots?

How about trynig return to do the sport or sports you enjoy after surviving your blood clotting incident?

How about trying to spread awareaness and celebrating that YOU CAN DO ANYTHING with the help of the CLOT BUSTER #StopTheClot polka-dots for added inspiiration?

Well our August Athlete of the Month SAM certainly IS TRYING TO OVERCOME.

Read on to find out more about her story...


"In Nov 2016, I had very unexpected Pulmonary Embolism at age 27. I spent 4 days in the hospital and couldn't work for two weeks. Breathing was a nightmare, and my doctors told me to expect shortness of breath and fatigue for 6 months to a year. This was confirmed by the many many personal stories I read from survivors. I was crushed and completely heartbroken. I felt like my world was caving in on me. I pride myself in being able to push my body to new limits and I was now facing up to a year of dealing with the side effects of this. I had very little hope and there were some seriously bad days. I wanted to just give up.

Just before the new year of 2017 (under doctor supervision), I started some light cardio on a recumbent bike and it felt okay. I slowly progressed to some very slow jogging on the treadmill. My back was still iffy (I ruptured a lumbar disc in August 2017 which brought my previous marathon training to a screeching halt) so my doctor wanted me to stay off the concrete for awhile. January 1 of 2017 I ran a grudgingly slow 2 miles on the treadmill. My lungs had a hard time keeping up, but really it wasn't so bad. The next day I ran 1.5 miles. I physically couldn't make it to two. I felt like a broken shell of who I was.  But I still kept at it. My doctor told me to keep a close eye on my heart and lungs, but they got stronger every day. After 8 weeks, I barely felt any adverse effects. I kept at it. A friend suggested I set a goal for the year to keep me motivated and we decided we each wanted to run 1000 miles in 2017. We kept going, and things got easier. It wasn't long until I was running 4 to 5 miles at a time. Running gave me purpose again. I started to feel like myself for the first time in a really long time. We ran a few races and I told myself if I still felt good come June, I'd try marathon training again. After everything I had been through, it seemed like nothing more than a pipe dream.

Until the day it wasn't. I seriously busted my ass. I stuck to the program (Hanson's Marathon Method), and I made it work. Between the stupid hot/humid weather we had that summer, and working pretty long hours at times, I still can't believe I got it done. I passed my 1000 mile mark in mid August and I couldn't believe it. I even PR'ed my 5k during training - something I had definitely resigned being able to do that year.  Some runs sucked, some weren't too bad. I still enjoyed every minute. I was so excited that I got to share my story, a story that might give others hope if they end up in a situation like mine. I know reading something like this could have been a game changer for me 18 months ago. 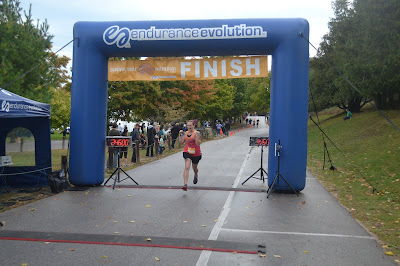 I ran my first marathon on October 7, 2017. Less than a year post-PE.  I was told I could feel like hell for up to a year following the PE, but in less than that time I trained for and ran a MARATHON. I think back to that day where I couldn't even make it to two miles, it didn'teveb seem real. I may have had some setbacks and devastation along the way, but this journey has been nothing short of incredible.
I ran the Sleeping Bear Dunes Marathon in northern Michigan (with some seriously tough hills!) with a finishing time of 3:45:41. 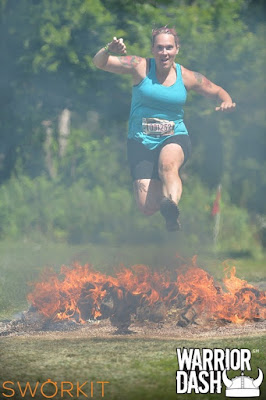 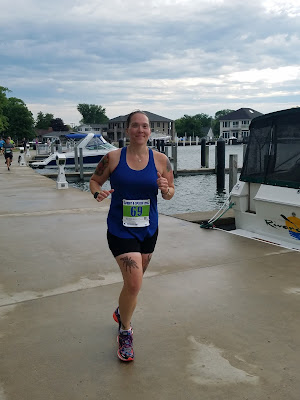 Unfortunately I had some back issues over the winter again so my running was slow the first few months of this year, but I am back at it strong now and although I don't feel totally ready for a another full, I'm excited to run the Detroit International Half this October and fundraise in the process!

I look forward to supporting Team Stop the Clot! It's great to see so many strong survivors :)"

THANK YOU Sam for your willingness to share you story.

THANK YOU for your willingness help STOPTHECLOT.org with your fundraising efforts.  You are making a difference not only with the fundraising aspect but also the inspiration aspect of the equation.

I can't wait to see your success during your upcomig half-marathon.