Holding on to summer just a little bit longer.

I can't believe that we are in September.

The second set of hopefully 10 years of this blog are starting off in great form. 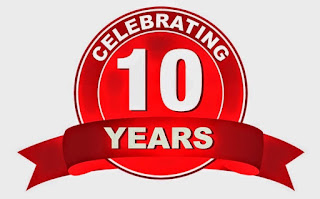 There is never a shortage of inspiring stories out there from Blood Clot Survivors to keep us going with inspiration and desire to overcome all of our current challenges.

It is truly a pleasure to read stories from individuals from all walks of life and from every where in the world.  It is amazing to see that blood clot survivor experiences can span everywhere.

This time around we are going to meet a NYC native in THOMAS who is doing everything that he can to live everyday to the fullest while he is aware of his body in order to overcome possible blood clots.

Read to learn about truly a picture of consistency... You will see what I mean as you read on...

*** What is you sport/activity of choice?
My favorite sports is running, i've been running for most of my life, since I was about 12.  I love running to continually test myself, for the unique camaraderie that runners at every level have, for the ability to see parts of the world from a runner's perspective.  I also coach a Brooklyn, NY Based club, The Grand Army Pacers.

*** How did you get started in that sport?

When I was younger, I was very competitive and loved to race kids in my neighborhood.  That grew into Middle School and High School Track and Cross Country, college and then post collegiate when I began to run 1/2 marathons and finally a marathon that I ran in 2:54.  I also began to compete in cycling races and duathlons.

*** What is the latest milestone you achieved or plan to achieve?
Each year I try to run at least 1,000 miles.  Consistency is critical to improving performance..  I also plan to run until I'm 100 or more. 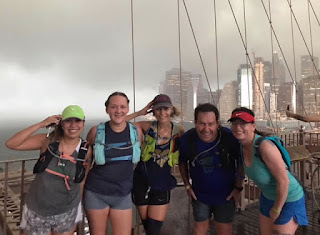 *** Tells about your clotting episode.  Are you on blood thinners now? How long were you out of commission?
I first noticed symptoms back in October 2017.  I had just returned from two trips in a week, One on a plane and the other a 9 hour round trip drive in 1 day.  The next night as I was warming up for interval sessions, I found myself unable to breathe while running very slowly. So I stopped.  That eventually subsided over the next few weeks, but I began to have the same symptoms in early December, so I decided to take it slow for the holidays.  Two days after Christmas I went for a run and could only make it 2 minutes before stopping for several minutes to catch my breath.  I made it 2 miles.  I had to go into NYC for a meeting and took the subway.  I couldn't make it up the steps without stopping and my heart rate through the roof.  For the next couple of hours my heart rate was elevated (RHR in the 80s vs 45-50 normal).  When I returned home I knew I had to go see a Doctor and my wife pushed me to go even though it was 7pm (Thank God she did), so I ended up in the ER.
After lots of tests, including a CT Scan with contrast, I was diagnosed with 2 blood clots in each lung.  After 2 days of treatment in the hospital including blood thinners, the clots dissolved and I was released.  I was put on Xarelto for 4 months, told to wear compression socks and watch my travel, especially driving long distances.
I am now off blood thinners but take a baby aspirin every day.  I also became involved in fundraising through the National Blood Clot Alliance who put in a walk in the memory of Michael Scott, that went across the Brooklyn Bridge.  It was an eye opener to see how so many people are affected by undiagnosed blood clots.

*** When were you able to get back into your activity?  How did it feel that first time?
I began running again in late January, and immediately noticed that I could breathe normally again. That was great!  I did feel sluggish though, the doctors told me that was due to getting used to the blood thinners.  Mentally, I have been able to get past the thought that I would get another blood clot, but it took months.

*** What is your favorite piece of gear for your favorite activity?
My favorite gear are my ASICS running shoes.  I get 2 pair at a time so that they "rest" between runs.  I don;t have any polka dot gear yet, but I will soon!!

*** How much are you getting out doing your sport?
I'm back up to running 5-6 days a week, about 25 miles per week.  I need to get back to cycling as well.

*** What is your favorite food?
My absolute favorite post workout food is Chocolate Milk.  Nothing better.  At Prospect Park, where I train, there is a Saturday Farmers Market with the best chocolate milk.

*** What would like to say to someone who is going through a clotting episode, perhaps very similar to yours?  How can people return to do what they enjoy?
To anyone who is unfortunate to go through a clotting episode, my advice is to follow what your doctors tell you to do.  Once you get cleared to return to activity, you have to have the idea that you are basically starting over.  So do not compare your activity or performances to what you did prior to your clotting episode.  Set new goals for yourself and look at post clotting PRs!  That could be anything from running a mile, to completing a marathon.  Once you are back, do not forget to make appointments with doctors, try to live healthier, but most of all enjoy the fact that you are a survivor and can help others who are in the same position you were.

Can you believe that Thomas can throw down over 1000 miles every year?  That is simply amazing.

For sure we will need to get him to do some of those miles in the CLOT BUSTER #StopTheClot polka-dots.

Anything is possible for those who believe.  In the case of Thomas he believes that he can do anything and hopefully run all over the country as he wishes to do.  Here is hoping that he never stops going forward just like all of us have to do everyday!