February Athlete of the Month

2016 continues to roll on in great form.


Personally we have a significant change with the addition of our 3rd child... Certainly we are VERY FORTUNATE and doing are best to figure out our new family dynamics now that the parents are our numbered.


It is not too difficult when you have a face like this to look at... 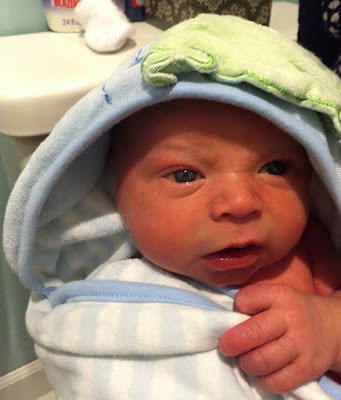 Soon enough I hope to be able to get this little on in CLOT BUSTER #StopTheClot polka-dots... probably next up we will have "performance polka-dot oncies..."


So we have reached February 2016 already... don't ask me how we got here so fast.  It seems like yesterday when I was just finishing up the January post of these series.


Speaking of Blood Clot Survivors the world of social media continues to bring us all together and allows me to meet more individuals that are overcoming the challenges from blood clots and simply going on to be an inspiration not only to me but to many people out there who are looking to battle the challenges of their own clotting episodes...


This month I would like to share with you the story that was shared with me from a clot survivor whose name is TEAGAN ANDREWS.  I am Thankful that Teagan was willing to share her story with us so that we can learn more about her challenges and how she was able to overcome them.


Please read on and be inspired... 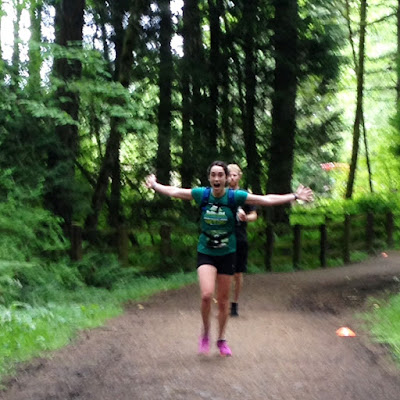 " 1)  What is you sport/activity of choice? Why do you enjoy it?
Running is definitely my sport of choice! When I was recovering from my PE and couldn't run, I took up swimming and cycling, but given the choice I will always choose running. It’s fun, it's social, I get to see beautiful places, I guess the only down side is the laundry : )


2)  How did you get started in that sport?
I started running when I was 19, just to relieve stress in college. I joined the track team my senior year and truly fell in love with running

3)  What is the latest milestone you achieved or plan to achieve?
I ran my first 50k this summer, which was so great. I ran the Forest Park 50k in Portland (where I live). It was fun running on trails I train on all the time, and I met my goal of running sub 5:00 (and I actually came in first for women, which was shocking and super exciting).


4)  Tell about your clotting episode.  Are you on blood thinners now? How long were you out of commission?
In 2011, shortly after my 26th birthday, I noticed that it hurt to take a full breath. I thought that I pulled a muscle in my ribs or something but it got progressively worse over the next couple of absolutely miserable days. I had no appetite, was in a ton of pain, couldn’t sleep, and generally just felt off. After three days of this I went in to my PCP who ordered  a chest x-ray, where he noticed that I had fluid in my lungs. He sent me to get a CT scan immediately. That CT scan was maybe the most painful thing I have ever experienced in my life. Trying to breathe while lying down was pretty much torture. After the CT scan, I was waiting there for the results (happy to be upright), when the person who reviewed the results came in with oxygen for me and said that they ordered an ambulance as I had “an impressive number” of  blood clots in both of my lungs and also infarctions. So. . .I got an ambulance trip (first one ever! Very exciting.)

From there, I was in the hospital for a few days, was put on Lovenox and Warfarin, got pneumonia, and was in a lot of pain. It was not a fun time, and I had no idea if I would ever be able to run fast again, though I was determined to do so. The doctors told me that the blood clots would go away eventually, but they didn’t know what would happen with the part of my lung that died.

After I got home, I tried to stay active. I couldn't run at all, but I could walk (very slowly) so that's what I did. I made a chart to keep track of my progress so I wasn't as discouraged and also tried taking up new sports (swimming and cycling) so that I wouldn’t measure my performance against what I could do before.  It was a full month before I could even try jogging again. . .at 11-12 min/mile pace. And I’m on warfarin for life as I had no risk factors for clotting and no one has any idea why it happened. 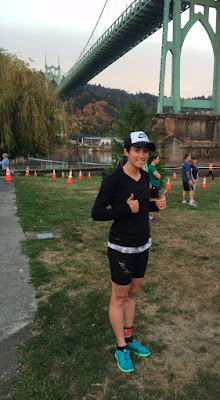 5)  When were you able to get back into your activity?  How did it feel that first time?
As I said, it was a full month before I could even try jogging and it was SO SLOW. My doctor said I had to keep my heart rate at 150bpm or below for a few months, which would normally be fine, but because of the blood clots and reduced lung capacity, it meant I was running painfully slow compared to my normal pace. Many tears were shed on these runs. Usually running is the time that I can let free and be myself and decompress, but some of these runs were full of doubt and pain and discouragement. However, I still had hope things would improve. I religiously kept track of my progress, and over time started to see improvement. Three months later I was down to 8-9 min/mile pace. Still not fast enough to run with my friends, but running was feeling better and  started to be fun again. I was back running with my friends (but not doing workouts) 6 months after my PE’s.

7)  How much are you getting out doing your sport?  (Every day you do some training, 2, 3, 4 times per week)
I run 5-6 days/week. I’m currently training for a series of 50k’s next summer. I am also a weather-dependent bike commuter.

8)   What is your favorite food?
I like most foods : ) I especially like ice cream and jalapeno potato chips. Not together.

9)  If you could go someplace to visit and explore, where would you like to go?
I would love to go to Great Britain someday to explore. 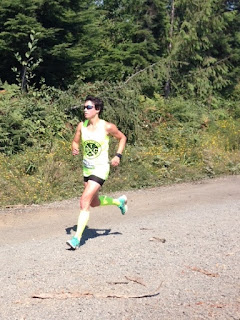 10)  What would like to say to someone who is going through a clotting episode, perhaps very similar to yours?  How can people return to do what they enjoy?
I would tell them that things will get better and to be patient with themselves and to listen to their bodies. I would tell them that (if they’re a somewhat serious runner) this is not the end of their running. People can live through this and end up a stronger runner (and person) on the other side. It’s possible to PR again and it doesn’t have to be a “post-PE PR”, it can be a real, legitimate PR. I would also really encourage them, especially in the first year, to keep really close record of exactly what they do in each workout, so that even if the progress is really miniscule and practically invisible day to day, when they look week over week, month over month, they will see how much they are improving.


I would also encourage them to take up a new sport. It helped me SO MUCH to learn something new so that I could see tangible progress forward toward goals. I did triathlons for the first couple of years after my PE’s instead of running. This new sport enabled me to set PR’s for which I really had no context, and kept me pretty distracted from how long it was taking to get back into running.


TEAGAN's story is a clear example that ANYTHING IS POSSIBLE for Blood Clot Survivors.  So much so that she is even breaking down her own barriers by getting much faster and achieving many personal bests.


There is a great deal of hope for anyone who is a survivor of blood clots and by reading stories like Teagan's they can certainly start their road to recovery.


Never stop doing what you love.  There is hope for everyone!


Thank you for reading,