After watching the limited coverage of the Boston Marathon (at least at my household) I always come away with the urge to run...

Does anyone feel that way...?

Specially after this year where the USA finally had the winner runner on a thrilling race.

11 seconds was the winning margin... I can't hardly eat 2 Samoa Cookies on that span of time...

The accomplishments that some of the blood clot survivors I know about continue to blow me away...

One individual just ran in the Boston Marathon and beat hear previous Personal Best by more than 7 minutes which was pre-blood clot incident... Blood Clot Survivor!

Same individual will be participating in the Escape from Alcatraz Triathlon... Again Blood Survivor!

One individual ONLY prefers "longish" marathons... This guy so far this year has competed several 50K plus trails races... Blood Clot Survivor!

And these are only some of the samplings of the constant stream of inspiring accomplishments I see from individuals who WILL NOT let their clotting incident bring them down.

There are no excuses to get out and continue to stand up for this cause.

CLOT BUSTER #STOPTHECLOT polka-dots are spreading and will be represented at a race near you...

You too can take part on the STOPTHECLOT expansion by getting your very own polka-dots and wear them whenever possible! 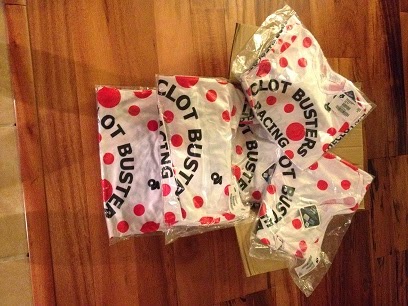 The first shipment of this fine technical shirts arrived today and they are ready to be taken for a run, stroll, walk, or to sleep if so desired...

Get up and get going!

Let's make this day and every day count.

After the winter we just had I will gladly take the "April Showers" that hopefully will give way to "May Flowers" and plenty of warm weather to finally get out and enjoy...

Ever since I started this series of postings featuring blood clot survivors it has been my goal to feature anyone with a story of survival that can provide inspiration to others who are going through their very own blood clotting incident.

It does not matter what activity you love doing unfortunately we are all at risk as described by April's Athlete of the Month TED DUNHAM.

Ted has been kind enough to share his story with all of us and has made this post much easier for me as he wrote up his story which I present to you below.  Read on and get inspired to learn more about blood clots and the signs and symptoms that may save your life...


"Hi fellow clot busters, my name is Ted Dunham and I’m honored to be able to tell my story as April’s athlete of the month. Until reading Jessica’s story from January, I had thought I was the only athlete dumb enough to ignore PE symptoms for nearly a month, but it seems the stubbornness of athletes is a common thing! 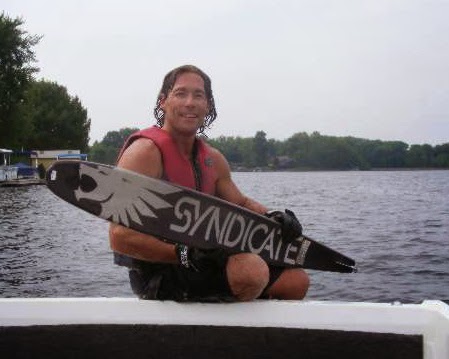 I’m a daily runner, but not a racer. I go about 5 miles per day, which keeps me in shape for my real passion, water skiing. I run the slalom course and once you get to the level of shortening the line, it’s quite the short burst exercise challenge. On smooth days I’ll ski barefoot, and that’s where the story begins. 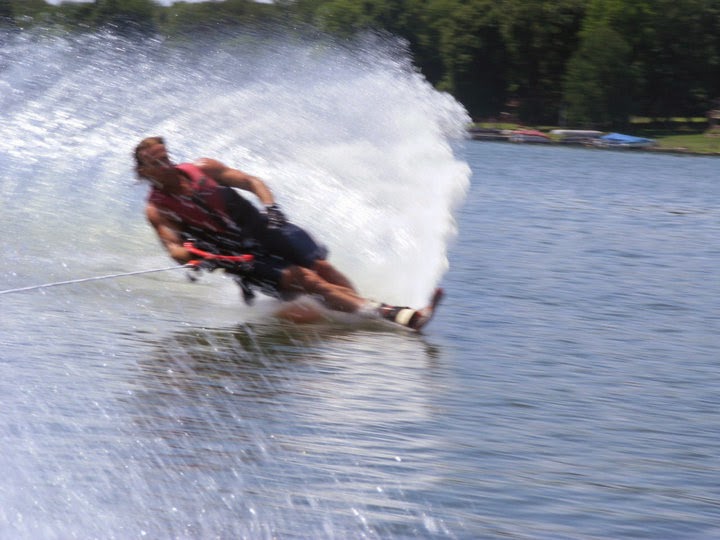 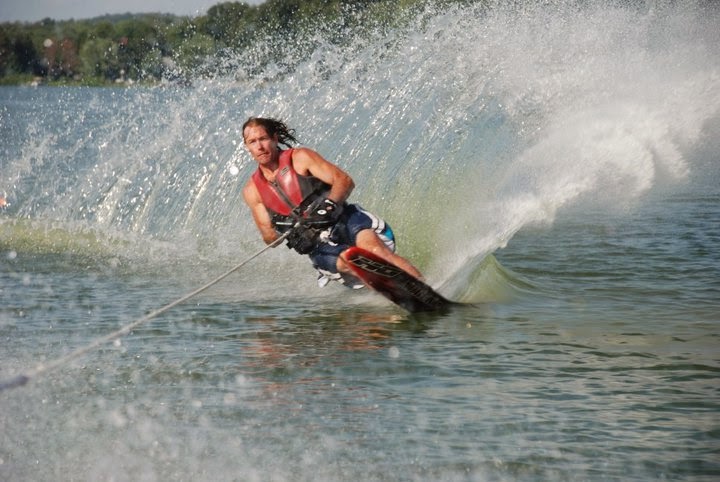 One day last May I came back in the boat from a barefoot stint and had a tiny puncture wound on my left Achilles, barely enough to drip blood. We theorized the foot must have hit the fin of one of the many dead pan fish that are commonly seen floating that time of year (they often die in spawning). No big deal. I went home to plant my garden, but found myself starting to limp. It got worse and worse until I could barely walk on it that night. The next day I was on crutches with a big fat swollen foot, and was still stubborn enough that it took me another 24 hours to go to the ER. The doctor flipped, said it was a serious infection and put me in the hospital (first time in my life) on IV antibiotics. Three days in bed, and the infection was gone, but the damage was apparently done. 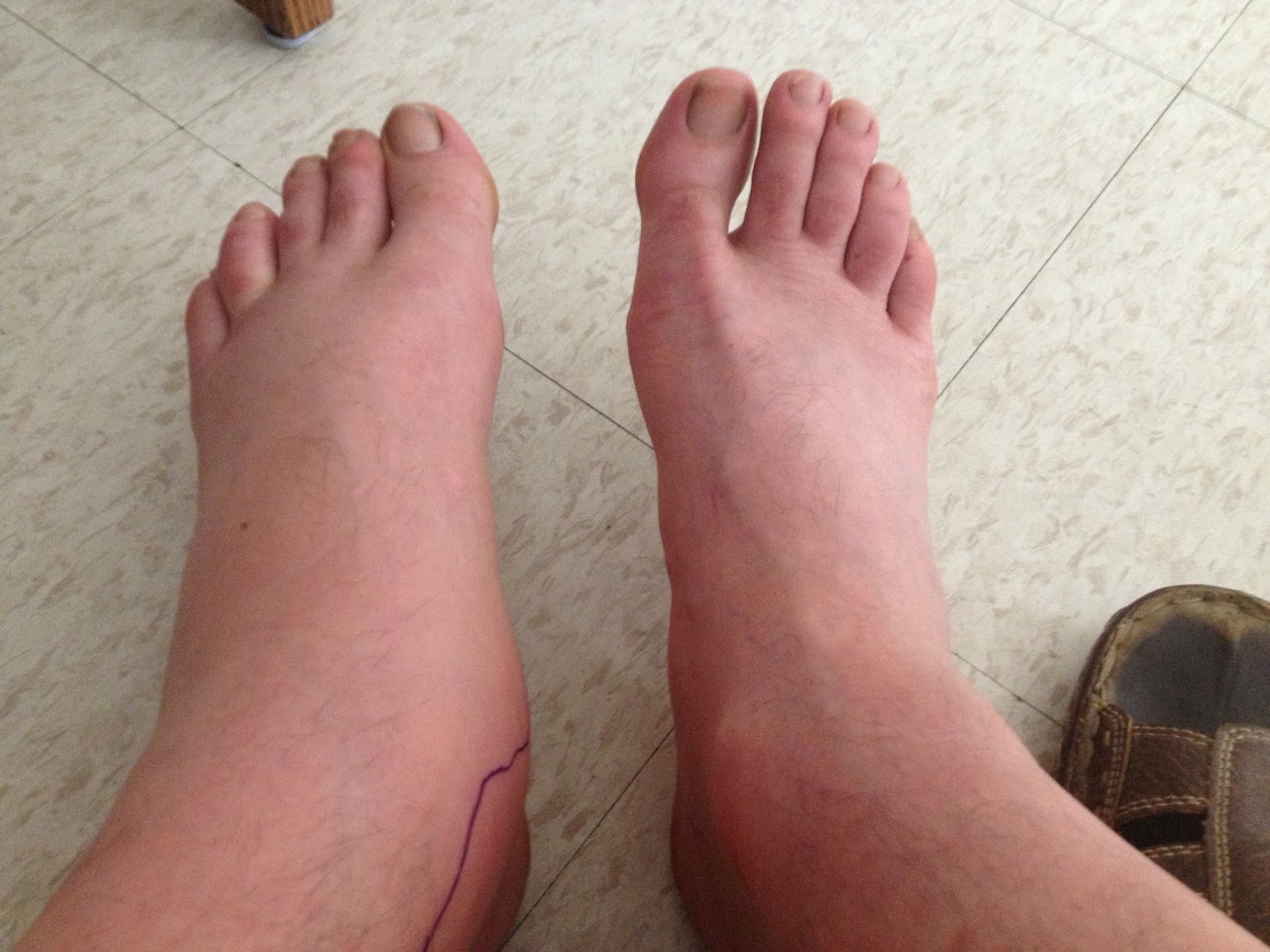 I got back to running and the foot healed up, but in mid-July I began to have odd pain in my chest. It felt like it war right over my heart. It was pretty much constant, and then my running begin to be a struggle, especially on hills. I found myself having to stop, winded in a way you don’t get unless you’re trying a whole new level. On a Sunday in md-August, I found myself unable to keep up with my son just walking around Cedar Point. I vowed to go to the ER the next day, but after my run my symptoms were so bad I thought it was a heart attack, so I went by ambulance. CT Scans showed bilateral PEs, and ultrasound found a clot all the way from groin to calf in that same leg that had the infection. Straight to a hospital bed I went, on Heparin and Coumadin. After begging my way out of the hospital, I spend 10 days taking Lovenox shots until the Coumadin level was therapeutic in my system.
I did the same thing as all of you. Read all I could on the subject and was wondering when or if I would get back to my regular life. The doctor said no running for 3-4 weeks, and he grudgingly allowed biking and swimming, not to exceed a 120 heart rate. These were the days I thought the constant pain and getting easily winded would be the new normal. It was still water ski season and I was banned. Too hard on the heart, and too much risk of a hard fall. 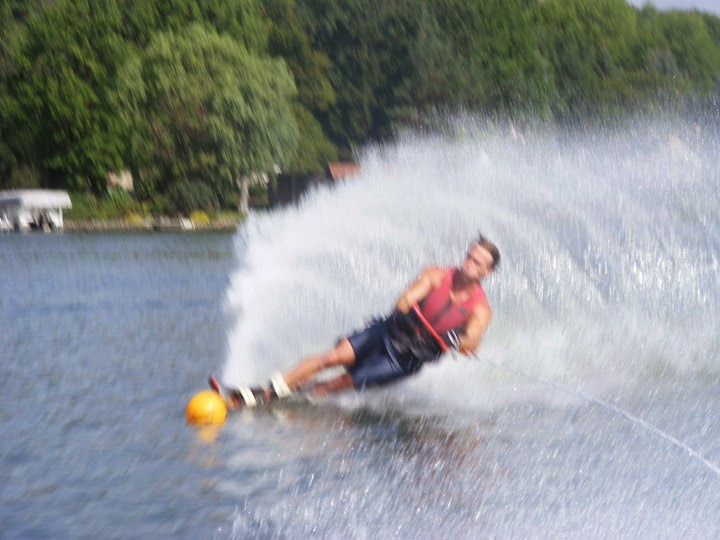 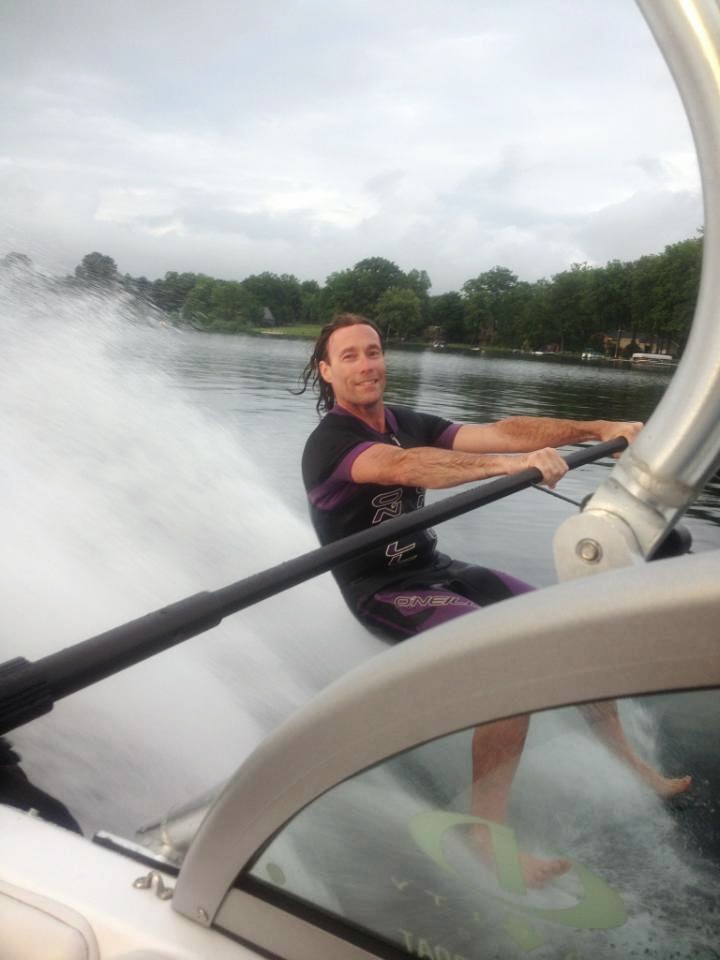 But in a few weeks, I was indeed back in my running shoes, and a few weeks after that I had worked back up to a respectable pace. So I strapped on my slalom ski and promised to stay out of the course so I wouldn’t push too hard and risk a hard fall. Every day I pushed harder, and every day of pushing too hard  left me with painful reminders the next day that healing is a long process. However, at the end of February I will be off Coumadin, I can run faster and swim further than before the PE, and the chest pains and shortness of breath are becoming more memories than realities. The lake is frozen at the moment, but as soon as we get the boats in the water this Spring, I will be back in the slalom course tearing it up. This time I’ll be especially mindful to keep an eye out for dead fish during those barefoot runs!

My message to anyone who is just days or weeks removed from your diagnosis is this; the first few weeks are hard and frustrating, but it gets better every day, and if you are diligent you will be back to doing the things you love. And tell your friends, it’s protocol in most hospitals to offer Lovenox to anyone who is going to be there even overnight. Take it. I am writing to you today in large part because the hospital didn’t offer me Lovenox when I went in with that infection. Stay focused, clot-busters! Everyone on this blog is living proof you can come back from PE! "

I am SO VERY THANKFUL to have the opportunity to have met Ted virtually and to have his story to share with all who is willing to read.  THANK YOU Ted once more for your willingness to share and inspire.

Reading about water skiing sure gets me ready for spring  and summer.  For sure I will need to work on Ted to see if we can get him to ski while wearing the CLOT BUSTER STOPTHECLOT polka-dots... That for sure would be a first.  Who wants to see pictures of that?!?! No question that would be sensational.

So, with spring around the corner let's get inspired to spread the word about blood clots and blood clotting disorders and to get out there to water ski, swim, bike, run, hike and do anything else you wish to do!