Yes, for an entire a week the Clot Buster family did a whole lot of riding...

1915 Miles of riding in the car... from Columbus, OH all the way to Cape Cod, MA and back.
Mrs. Clot Buster and I had the chance to race a triathlon in Falmouth, MA and it was called the FALMOUTH SPRINT TRIATHLON. 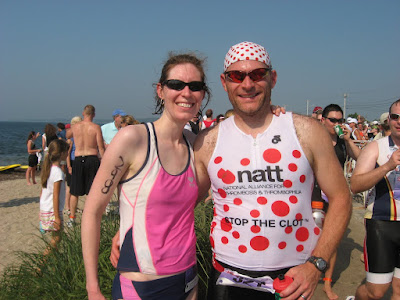 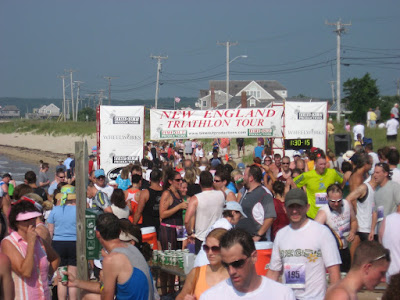 It was a fantastic course with the swim in the Atlantic Ocean... that part was new for the two of us. Luckily it was calm and we did not have to fight any currents. But once out of the water the bike course was a treat along the coast and through some hilly terrain that tested my legs even if it was only 9.5 Miles...

Got to ride all over Yarmouth, MA on very nice roads with some views that were photo worthy... too bad I am not smart enough to take the camera with me. 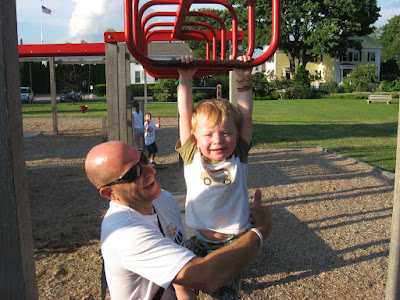 We camped for two nights in the Pocono Mountains of Easter PA and I have to tell you that the hills out there were no joke... I had to grind my way up some of the hills I was able to find within a few miles of the campground. Again, not smart enough to take a camera with me to provide proof... but if you could feel what I felt on those grades you would understand. 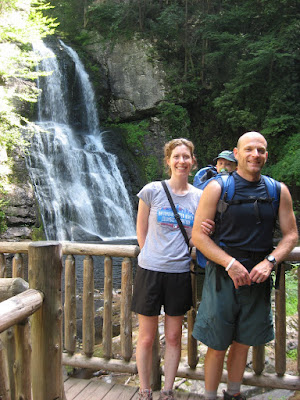 It was a FANTASTIC time in our first long vacation with Junior. He was sensational even after being many hours cramped in the car.

So, we are back and better than ever...
Looking to do a couple of more races before the summer is over. I am not sure which ones yet so I better get busy with my research... I toyed with the idea of a half-iron race in September but for the first time in my 50+ triathlon racing career I just don't think I can prepare for such a long event and be where I want to be. So, Olympic distance races it is for the rest of the year.
Be in the look out for the polka-dots near you... you never know they've made it all the way to Cape Cod and the Atlantic Ocean... 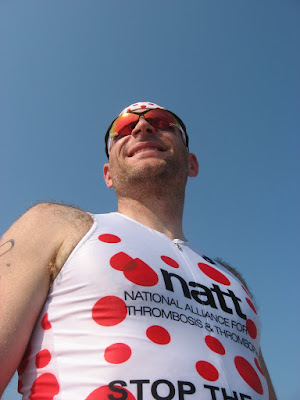 In this edition of the Athlete of the Month we are going PRO...

But we are going pro VERY FAST...

NASCAR Fast...
Very recently I surprised to learn that a very popular NASCAR driver came down with a very serious episode of blood clots that unfortunately have parked him on the sidelines for this season...
It is unfortunate that I first learned about Mr. BRIAN VICKERS through the STOP THE CLOT network available to me. Thankfully he is fine and on his way to recover fully. Although there is a question about his eventual return to racing due to risk of being on blood thinners and the potential dangers of severe crashes that cause some serious complications. As far as I can read from the information available in the media he remains very involved with the sport and I have no question that somehow someway he will be back and putting the pedal to the metal. 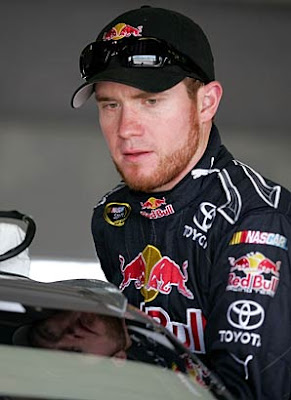 Perhaps someday I will get the chance to meet Mr. Vickers and get to know him better and learn about his story to complement this post and make it more personal. I did not get the chance to ask him my usual 10 questions that I could share with all of you out there. But someday I will. My path as the Clot Buster surely will intersect a NASCAR drivers at somepoint through the bonding expirience of STOP THE CLOT. 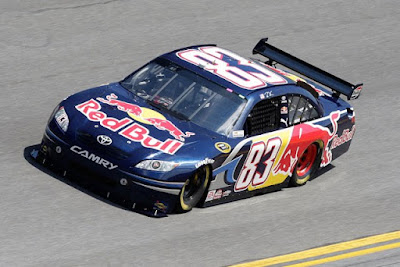 I wish that next season he makes it back behind the wheel making those laps as fast as he can. How cool would it be that someday a red polka-dot NASCAR with the number 83 would make it in a race track out there just to spread the word about STOP THE CLOT at fast speeds?!?!?
Cheer for him!
Thanks for reading,
The Clot Buster
Posted by Clot Buster at 6:23 PM No comments: 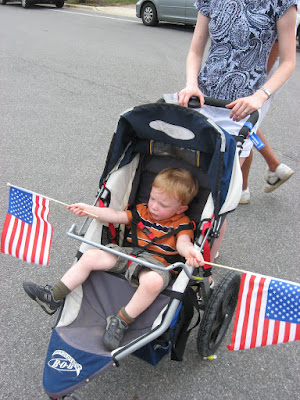 Amazing how time gets away from you when you have fun.
Since Thursday it has been non-stop...
Thursday = Work Full Day + Celebrating Mrs. Clot Buster's Birthday with fancy dinner and cake...
Friday = Work Half Day + 50.85 Mile Ride + 888 Meter Swim + Tail gating from 6PM until the fire works in downtown Columbus...
Saturday = Attempted to rest... instead full day of sports on TV (are you kidding me... Germany VS. Argentina and Spain VS. Paraguay in addtion to the start of the Tour...) + picnic at Alum Creek Beach which included some Kayaking by all even Cacheton. 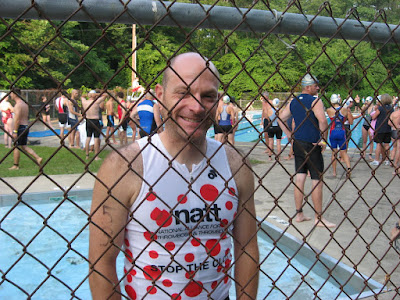 Sunday = Triathlon in the AM... Short and sweet sprint race that was an ALL OUT EFFORT with the polka-dots in FULL DISPLAY... 5th in my age group and 17th Overall out of 241 participants - not bad + 4th. July Parade for Ian to see Fire Trucks and Police cars with their lights on + mowed the lawn ahead of the brutal heat tomorrow + and a lovely cookout with some friends. 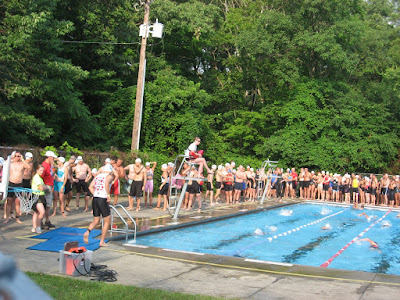 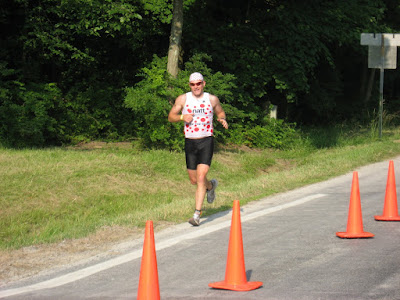 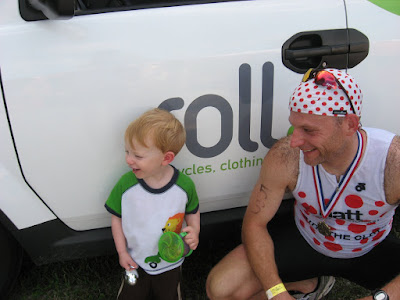 Monday = NOT WORKING... FANTASTIC...sorry to all of you out there but I enjoy my time away from work any way possible... Early morning hike with the family at Highbanks Park top it all off milkshakes on the way home. Now, Ian is sleeping and I am off to do more of my little "side-kick" projects around the house.
I would not change anything about this weekend. Just the way I like it!
Thanks for reading,
The Clot Buster
Posted by Clot Buster at 11:26 AM No comments: