Greetings from the Clot Buster!

Having the Athlete of the Month series of posts has been a very incredible experience all around. The best part of it all is getting the chance to know the individuals featured and their journey during their clotting episodes and more importantly how they are coming back and continue to perform.
Just recently I got wind of some continued accomplishments by two of the featured Athletes of the Month... 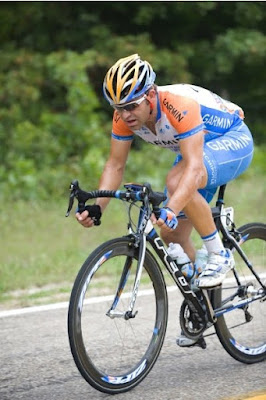 FIRST - MIKE FRIEDMAN - August 2008 Athlete of the Month.
Just a couple of days ago he found himself on a day long breakaway at the Tour of Missouri on stage number 3. His break lasted about 100 Miles but it was not meant to be on a sprint finish at the end of the stage. We did not get to win but he was out there hammering away.
Good on you Mike! 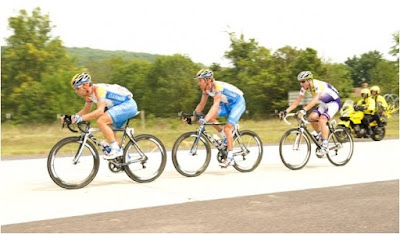 SECOND - JIM FENTON - June 2009 Athlete of the Month.
This past weekend Jim participated and completed the Virginia Beack, VA Half Marathon. On his own words "It was a blast!".
I am very happy that he was able to train, participate, and complete the event as he had planned. He says that he is not fast but in the end that is not what matters, what matters is that he finished!
Jim CONGRATULATIONS!!!
Thanks for reading,
The Clot Buster
Posted by Clot Buster at 6:51 PM