A CALL FOR ACTION!!!

Dear friends of the Clot Buster,

A good friend of mine sent me the following link that I wanted to pass along as we continue with our mission to educate and spread the word about blood clots and blood clotting disorders.

A CALL FOR ACTION from the Surgeon General
Deep vein thrombosis and thrombophilia are a VERY SERIOUS CONCERN and we need to stay alert to let as many people as we can know about the dangers and symptoms of blood clots.

There is a lot more that we can do to avoid the tragic news that come when a life is lost due to this silent killers that so often can be misdiagnosed.

HELP US STOP THE CLOT
Thanks for reading,

You just never know who you will have the chance to meet... Back a few weeks ago while we were doing our 2nd Annual Greater Cleveland Triathlon Raffle to STOP THE CLOT, we had the chance to meet a lot of people (definitely one of my favorite parts of the whole event). Amongst them we met an ER physician, mother of two and a pro triathlete (world cup circuit racer for Team USA) who was/is a victim of a massive blood clot that ended up in her lungs (PE) and was of such serious nature that she had to be on coumadin for 2 years...

...it is important to mention that it is during that 2 year span that this lady became a pro-triathlete and an inpiration to anyone out there who is going through a clotting episode.

Please let me introduce you to Julianna Batizy-Morley (check out her website by clicking on her name...!) 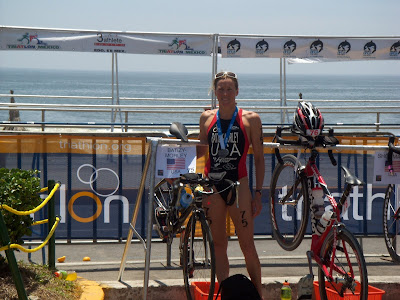 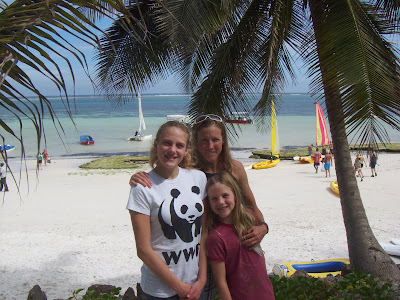 Although tests have not been able to find why Julianna suffered from her clotting episode, she does not have a lot of risk factors, she sremains very active and had this to say to me in a recent email... "The cool thing about my story is that not only did I recover- but I was not a pro triathlete when this happened. I raced age group back then. The following October (1 year later) I won my age group at world championships and then turned "pro" at an age that is considered old to make such changes. Anyway- that is the part I love the best- instead of remaining sick, I was able to get to a higher level than before. And I raced 1 year as a pro on coumadin (although my doctor was less than thrilled about draft legal racing on a blood thinner....)"

I was/am thrilled that Julianna stopped by our booth at the Greater Cleveland Triahtlon. She is a survivor and another example of people who was able to get back and do what their love... in her case to an even higher level... Wow!

You know, I don't think that I would have a prayer against her in a race... Maybe I can stay wit her for about 20 yards in the water before she would take over the lead and leave me and the polkadots eating her dust...

THANK YOU for letting me share your story. I know that you will inspire many people with what you are doing.

We should NEVER FORGET...

Seven years after and I can still remember how shocked I was...

Our country was changed forever and I hope that we never have to face something like that again..
Posted by Clot Buster at 3:11 AM No comments: 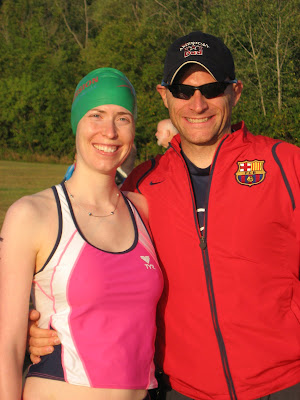 Mrs. Clot Buster was impressive a couple of weekends ago (I know, I know... a little bit behind but I am making my wat back... I hope) when she ran down her competition on the run portion of the triathlon to take a very much deserved 3rd place in her age group. 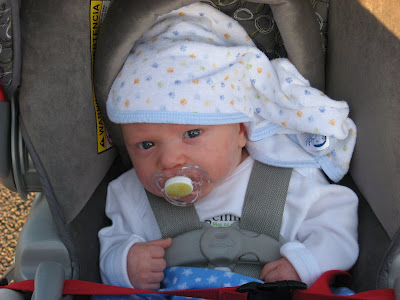 All of the Clot Buster boys are VERY PROUD of her. I have to confess that I enjoyed very much cheering for her and seeing her compete. Not often I get the chance to cheer her on so this time around it was a pleasure for me to run around with Junior and my brother to provide her all the support that we could. 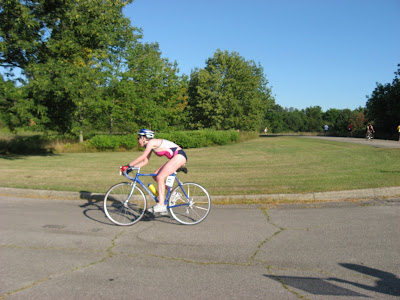 Although she was concerned about the swim she got through it and it was time for her to make up some ground. She really looked strong on the bike but she threw down the hammer on the run... by my count she passed about 5 women ahead of her on her way to the finish... VERY IMPRESSIVE!!! I loved seeing her face expressions at the finish line as she was pleased to finish but more so that she got to compete and place so well. 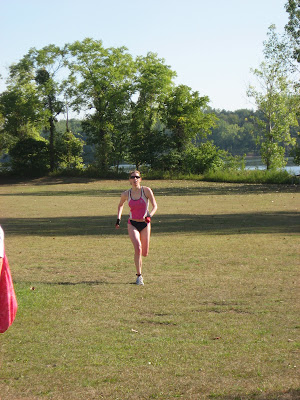 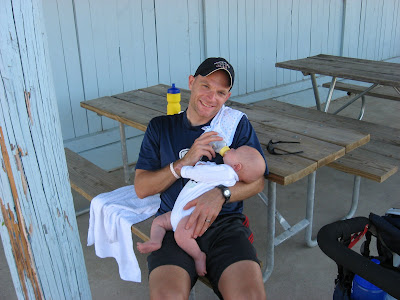 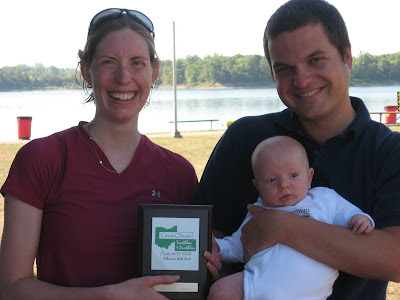