Be in the lookout for some STOP THE CLOT Polka-dots out in the marathon course!

Mr. TOM WISEMAN will be walking the 26.2Miles sporting the CLOT BUSTER polka-dots!

If you see him give him some encouragement.

He is a survivor of blood clots and an example to all of us to keep going!

Looking forward to hear how it goes!

You are an inspiration!

Photo Update from the Last Month

It is been a while since I posted some pictures...

I guess time just gets away from me and with the ability of cutting corners with 140 characters I am falling behind here...

Check out some pictures of what we have been doing lately... 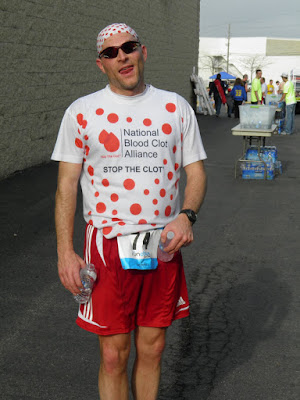 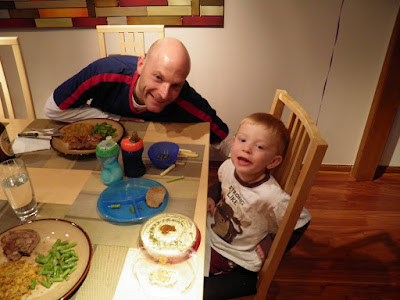 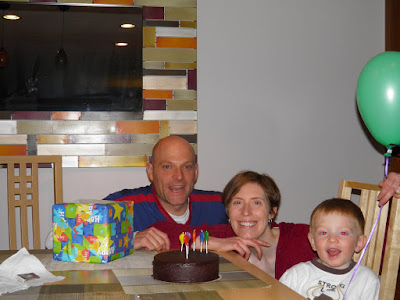 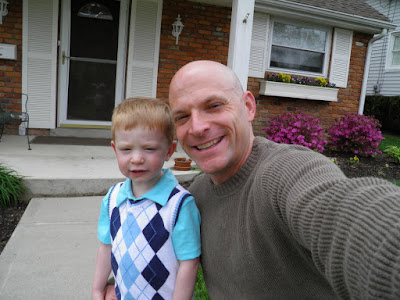 Amazing times without a question.
I am very lucky that is for sure.
Looking forward to more pictures over the summer as we gear for a season of racing, STOP THE CLOT work spreading, fundraising, and more...!
Thanks for reading,
The Clot Buster
Posted by Clot Buster at 6:55 PM 1 comment:

This month's feature of Athlete of the Month is taking us to the other spectrum of individuals who are not world class athletes but on their own right are making HUGE strides to beat and recover from their clotting incident.

April's Athlete of the Month has an inspiring story that I am very proud to share as it is very inspiring to me. As I find myself looking at what I can do this summer to spread the word about blood clots and blood clotting disorders I think of this person and what he has been through and where he is going. Knowing of his story of come-back makes the polka-dots on my jersey brighter and far more meaningful...

Please allow me to introduce to you Mr. TOM WISEMAN. As a blood clot survivor he is getting ready to tackle the FLYING PIG MARATHON in May and he is raising funds to help in the cause. Check out TOM's FUNDRAISING PAGE HERE.

Please read on below Tom's story and get inspired!
"My name is Tom Wiseman, and I am from Sidney, OH - born and raised. All of my life, with the exception of 4 years of college and a 6-year stint in Cincinnati, I have lived in my hometown. My college years were spent in Dayton at Wright State University, where I received my B.S. in Business, but more importantly received the love of my life, Lori Lynn Belmaggio from West Milton, OH. I have returned to college a couple of times, once for MBA classes at Wright State, and also at Edison State for technical training during the brief time I was working in sheet metal fabrication. I am currently pursuing my ChFC designation in an effort to enrich my career as a financial advisor. While none of this seems to have much to do with a DVT / PE story, it actually does. During my life, I have prided myself on being relatively educated, intelligent, and pretty health-conscious. Since high school, I have always continued my life's education and tried my best to keep myself in shape. In fact, right after high school I got into running, and completed many 5K's and a 10K. But as things got busier, I got away from running, but always tried to get back into it. 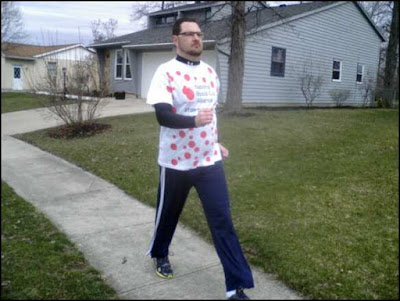 The years of 2001-2008 was filled with challenges, turmoil, failures, and perseverance. My family and I struggled with job changes, address changes, family and health issues, depression, and ultimately financial struggles. I bounced around from job to job in the financial industry - and ultimately worked in an industry for two years that I was not trained or educated in, moved back to Sidney from Cincinnati, my parents both became ill (however, they are TOUGHER THAN HELL - they are BOTH cancer survivors !!!), and we nearly lost everything because of the financial difficulties that were a compound affect of everything else. Although never clinically diagnosed, I am sure that I was suffering mental depression during a good period of that time, angry at myself for my lot in life. I was too smart for all of this to have happened to me !!! In hindsight, I was able to get through this time because of these primary reasons: My supportive wife (a weaker woman would have left my sorry butt), a supportive family, and my faith in my savior, Jesus Christ.
But regardless of all of that, my life changed forever in March of 2008. While working at the sheet metal factory (and during a time that I wasn't exactly taking care of myself at all), I noticed that my left leg was swelling and hurt alot behind my knee. I dismissed it as an injury, perhaps from jumping off of a forklift at work, or playing in a dodgeball tournament at the YMCA. When the swelling got worse, I tried to treat it with heat and cold. At the suggestion of my aunt, who is a nurse, I went to my doctor, who suggested I take a blood test at the hospital. It wasn't much more than 45 minutes later, and he ordered me to the ER. After a short stay, it was determined that I had a blood clot, but was SENT HOME with Lovenox and a small dosage of Coumadin. 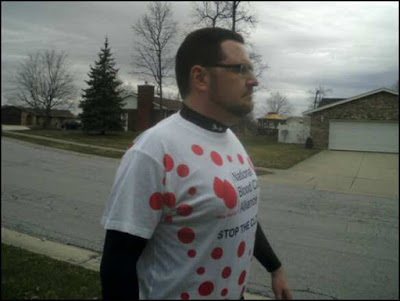 I was told to stay off work for a couple of days and keep my leg elevated. During my time at home, the area near my lower lungs started to have sharp pains (which I had had before for a few months), and I just didn't feel right. I couldn't breathe. My wife, who is infinitely smarter than me, said "You don't feel well, do you?" After agreeing, she called my doctor, who ordered me to the ER again. It was then determined that I had massive DVT in my left leg and that the clotting had gone to my lungs, and had formed PE's all the way through my lungs. This was April 1st - April Fool's Day - how fitting. As I sit there in the ER, a team of doctors kept going past me with that "concerned look" on their faces. After giving several gallons of blood, having an ultrasound and a CAT scan, I was told that I may have to be put in the ICU. I had just turned 36.

36. ICU. Are you kidding? All the other troubles I had in the past 7 years paled in comparison to this. I had a wife and 4 children. What would they do? Interestingly enough, during this time I was being recruited by my current firm to return to the financial services industry. After contemplating the fact that I was so thankful I had enough life insurance that my family would be fine if I died, the choice to return to the career I knew was an easy one to make. I now had a story. I had my passion.

Fortunately, I was admitted to the telemetry unit, was drowned with heparin, and was released 3 days later. The PE's had all gone away, although I did have some slight tissue death in one of my lower lungs, but nothing to be concerned about. I will be a coumadin "lifer," because I have had DVT / PE and I tested positive for the Factor V Leiden protein. My left leg does swell slightly from time-to-time due to slight valve damage. But other than that, I am a healthy 39-year-old.

I have had my "wake up call." Now I want to help awaken the world to what I call the "silent killer." I was blessed. I got back to the ER in time - the head physician on duty that night had said that if I had waited another 24-36 hours, I probably would have died.

Everyone needs to know the dangers of DVT and clotting disorders, which is the indirect or direct cause of many deadly heart attacks, strokes, and respiratory-circulatory arrests. 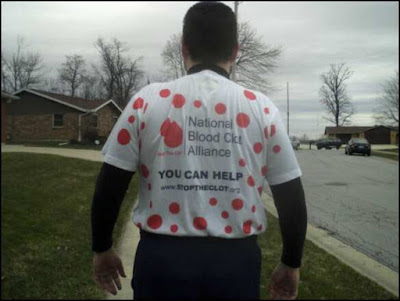 I plan on living a long, full life - and I want to help raise awareness to prevent any unnecessary deaths or disorders associated with the Factor V Leiden condition, DVT, or PE. All of the things I have been through some would consider somewhat tragic or unfortunate. I feel exactly the opposite - I have been blessed to have experienced things that some people will never be able to experience. From having myriad difficulties, to raising a developmentally delayed child (our 8-year-old has an undiagnosed general delay), to having DVT / PE...I have been given the privilege of all of this - because God knows I AM STRONG ENOUGH TO HANDLE IT ALL. Bring it. My motto: MOST EXCEL AT EXISTING...THE BEST EXIST TO EXCEL."
Thanks for reading,