There was nothing left of the tree that fell on me the last time I did my bike commute to work. All they left of it was a stump as you can see in the picture below. 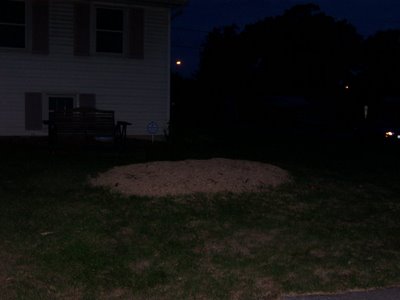 Nothing left but a big pile of mulch...
In case you were concerned everything went well on the ride yesterday. That was my first and only workout for this week. It is a good feeling to have a break but let me tell you that moving has left me pretty tired.

We have been working very hard on our move and finally last night after a 4 hour moving block with two other people (Tom and Kevin Tschantz – father and son dream team that pushed me to the limits) and 3 cars (my Subaru, a pick up truck, and “the van”) the Mrs. and I spent the night at our new house.
This morning I almost killed myself twice tripping over boxes and what not but it does not matter compared to the feeling of finally having your “own” place. For a foreign kid like me that is a BIG DEAL.

So, as the unpacking and arranging continues I hope to be able to squeeze in some workouts so that I can get back on track for the last triathlon in the series. The 255.5 Miles are almost coming to an end but not without one more showing of the Clot Buster on the shores of Lake Eire in Marblehead, OH. 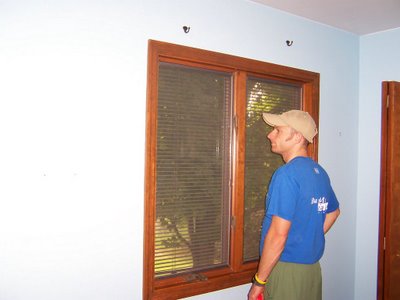 The Clot Buster looking over his vast backyard..."I don't know the first thing about lawn care...is the grass too long already?"